“I would have lost heart, unless I had believed that I would see the goodness of the Lord in the land of the living.” - Psalm 27:13

Plan, Invest, Live…#5 Learn from the Mistakes of Others

A recent visit with a client revealed the deep regret they have because their college savings for their children had not grown very much, yet it has been invested for many years. They gave me permission to share the story so that others won’t make the same mistake, but I’ll keep their identities a secret as I promised.

Seventeen years ago when their son was born they began to save for college. They were excited parents, and also very diligent parents and good savers. They want a brighter future for their kids and greater opportunity. The couple met with their advisor who set them up with a college savings account so that many years down the road, aiming for Spring 2018, the funds would be ready to be used to pay for college expenses. They invested faithfully over all those years, however, they neglected to meet regularly with the advisor, and the advisor didn’t catch the mistake early in the process where time could have helped them out. Soon the clients had two more children and the frantic pace of life took over at that point. Then there were additional problems such as the advisor moving on and a new advisor taking over. There are often important details that slip through the cracks when that happens. The new advisor didn’t take the time to start fresh. Fast-forward 17 years. It was time to review the accounts because it didn’t seem to be growing as expected. To their horror, the mistake was revealed.

They fully admit they should have caught it earlier. They recently learned the whole time the account was going they were investing in the most conservative version, so the growth wasn’t anywhere near where it could have been. The time value of money reminds us that TIME is likely the most important ingredient for investing. TIME is something they cannot get back now. They are still grieving the loss of the opportunity, but they’d like to at least pass on the lesson to you so that it doesn’t happen to you as well. “If it helps one family by sharing our story, it’s worth it.” 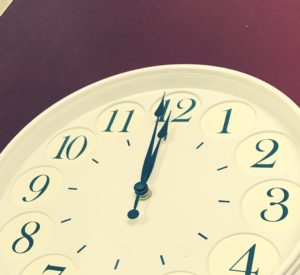 Do these before it is too late!

Here are 3 tips to having a better outcome…

1. Meet with your advisor frequently as life changes frequently. How long has it been since they ran a financial plan for you?

2. Make sure you discuss the accounts and the risk vs. return strategy for that particular account. Some goals and accounts have different end points, some sooner than later. Make sure to confirm which model you are using for each account.

3. Double-check that your beneficiaries on your accounts are correct. If (when!) something happens to you the accounts should be titled correctly because its too late to change it when you die. That ship will have sailed by then. I have heard of couples who were divorced that forgot to update their beneficiaries and gave their ex-spouse money that should have been sent to their next spouse. Ouch.

I hope this has been helpful.

If you would like to meet and discuss your situation, click here and let’s schedule a time.

Until the trumpet sounds,